SHOP FOR ART > Ezra Siegel
ABOUT THE ARTIST

Chicago-born artist, Ezra Siegel, comes from an artistic family. His father, Arthur Siegel, is a world-renowned photographer and his mother, Irene Siegel, is a multi-media artist.  At an early age, Ezra graduated from Vassar College, then moved to Italy to study the great master drawings in the Uffizi.  He also lived in Portugal and Canada before returning to the Chicago area with his wife, Kathryn Shumaker, a violinist. The artist has exhibited extensively, including Chicago, New York, and abroad, and received much critical recognition including several Best of Show Awards.

I begin the canvas by preparing the surface with a homemade gesso (a mixture of paint and plaster). This mixture allows me to control the degree of smoothness and absorbency of the paint surface, followed with multiple layers of washes and thin paint. This allows me to create subtle and nuanced color and tone.

In the final stages, the painting takes on form and expression. Close inspection of the composition reveals a complexity with fluctuations and imperfections within the background, outlines and interior shapes.
Ezra Siegel

Price does not include shipping. Contact gallery to make arrangements.

Price does not include shipping. Contact gallery to make arrangements. 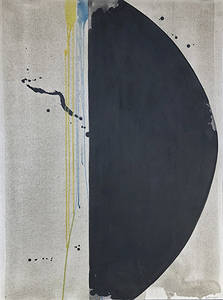 Memories of the Present
mixed media on canvas
40x30" 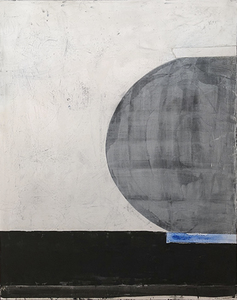 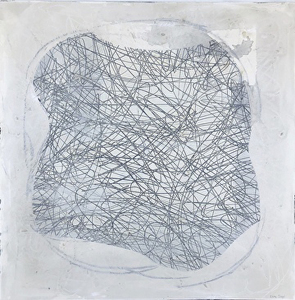 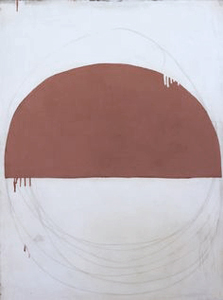